HNAC Participated in the 2nd China-Africa Economic and Trade Expo

From September 26 to 29, 2021, the second China-Africa Economic and Trade Expo with the theme of "New Starting Point, New Opportunity and New Deeds" sponsored by the Ministry of Commerce and the People's Government of Hunan Province is held in Changsha, Hunan. Mr. Yang Jiechi, the Central Committee of the Communist Party of China, member of the Politburo and Director of the Office of the Central Committee for Foreign Affairs, attended the opening ceremony and delivered a speech. Mr. Wang Xiaobing,President of Huaneng Automation Group, Mr. Zhou Ai, Vice President of HNAC Technology Co.,Ltd, Mr. Zhang Jicheng, General Manager of HNAC Technology International, and Mr. Liu Liguo, General Manager of HNAC International (Hong Kong), are all participated in the "China-Africa Infrastructure Cooperation Forum" and a series of theme forum activities such as "Special Promotion Conference for African Countries" and "2021 China-Africa New Energy Cooperation Forum" conducted in-depth discussions with the guests on the recovery and development of China-Africa infrastructure cooperation in the post-epidemic era.

Mr. Wang Xiaobing, President of Huaneng Automation Group, gave a speech on the theme of "Innovative Cooperation Models and Light Up Green Africa" at the "2021 China-Africa New Energy Cooperation Forum". He pointed out that there is a shortage of electricity in Africa, especially in sub-Saharan regions where the number of people without electricity exceeds 50%, and it is accompanied by serious environmental and sanitation problems. He proposed to use the Silk Road spirit as the guide, with the development of green energy as the core, through innovating business models, exploring barter trade, and making use of the rich natural resources in Africa to formulate energy plans that are most suitable for Africa's development, so as to promote the healthy development of Africa's ecology. 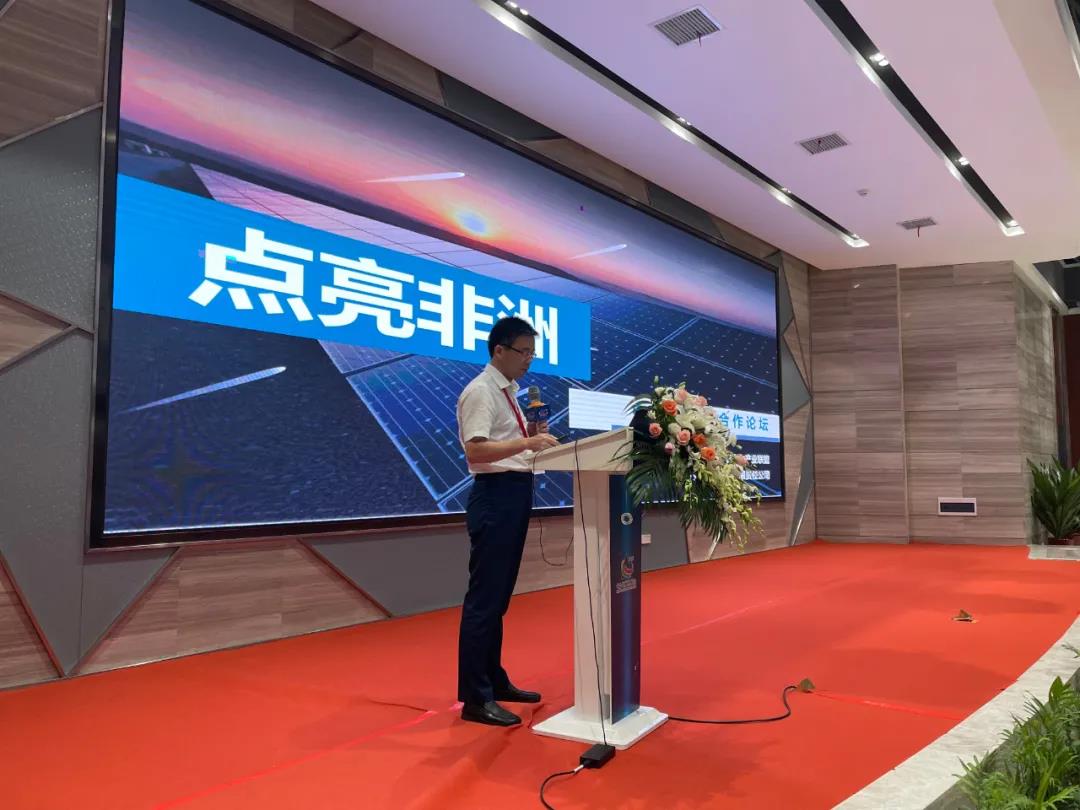 HNAC is a major member unit of the China Chamber of Commerce of Foreign Contractors and a vice-chairman unit of the Hunan Provincial Association of Enterprises for Foreign Economic Cooperation. Over the years, we have been committed to implementing the "One Belt, One Road" national strategy, deepening the energy field, and boosting infrastructure construction and technical assistance in developing countries and regions.
In this China-Africa Economic and Trade Expo, HNAC as the counterpart reception unit of the Central African Republic, the Republic of Niger, and the Republic of Gabon, adopts a combination of online and offline mode to promote the relevant content of this expo to ambassadors and officials from multiple countries Establish information sharing channels for overseas cooperation and open up a broader world. HNAC also conducted in-depth communication and negotiation with more than ten domestic and foreign companies in the fields of new energy, new infrastructure, environmental protection and governance, and reached more than 20 cooperation intentions on international projects under construction and planned during the expo period.